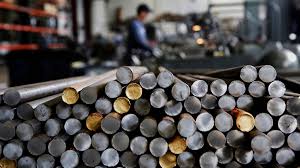 Mark Donegan, chairman and chief executive officer of Precision Castparts Corp., made more than a few deals of his own before becoming a target of billionaire Warren Buffett’s Berkshire Hathaway Inc.

Mark Donegan, chairman and chief executive officer of Precision Castparts Corp., made more than a few deals of his own before becoming a target of billionaire Warren Buffett’s Berkshire Hathaway Inc.

Precision Castparts, a maker of equipment for the aerospace and energy industries, has completed at least 30 acquisitions since Donegan took over as CEO in 2002. Buying companies “is always going to be our primary objective,” he told analysts in January, deflecting inquiries about boosting dividend payments. “We’ve numerous opportunities sitting in front of us of which all are right for the business.”

This time, Precision Castparts itself has shaped up as the right opportunity -- for Buffett’s Berkshire, which is in talks to buy it, according to a person familiar with the matter. The 66-year-old company, which had a market value of more than $26 billion Friday, has kept consistent profit margins for years with small- and midsized acquisitions to expand product offerings for customers such as Boeing Co. and Airbus Group SE.

Buffett’s record suggests Donegan will come along for the ride if the deal is completed, keeping to his policy of maintaining key officers when he buys a company. Donegan would stand to gain $19 million if he’s terminated after a change of control at Precision Castparts, according to the company’s July proxy statement. That would include a $12.9 million cash severance, early vesting of option awards, and a lump sum payout of pension benefits, the filing shows.

Jay Khetani, a spokesman for Portland, Oregon-based Precision Castparts, didn’t respond calls and e-mails seeking comment that were sent outside of regular business hours. Buffett didn’t immediately respond to a message left with an assistant.

Donegan could be an investment in the future for Buffett: The CEO -- typically loath to talk to the press -- was 58 when Precision Castparts filed its proxy in July. Berkshire likes to buy high-quality management teams that can help direct its vast cash pile, said Joel Levington, a senior credit analyst with Bloomberg Intelligence.

Donegan has overseen at least $8.1 billion in acquisitions since becoming CEO, based on 12 deals for which financial terms are available in data compiled by Bloomberg. The biggest was the $2.9 billion purchase of industrial parts-maker Titanium Metals Corp., completed in January 2013.

Through the purchases, Donegan’s been able to maintain annual operating margins of at least 22 percent since 2008 and gross margins of 30 percent or more since 2010.

“It’s very hard to find more than one or two other aerospace suppliers that have the same kind of margins,” Levington said.

He was named chief operating officer in 2001 and CEO in 2002. He’s known as a hands-on operator who frequently travels to Precision Castparts’ facilities, Edward Jones analyst Windau said. Donegan served for 4 1/2 years as a director at Rockwell Collins Inc., until the end of 2010, and currently is on no boards other than his own, according to data compiled by Bloomberg.

“Mark has a solid operations background and a strong network of contacts in the industry,” Windau said. “This could lead to further investment opportunities for Berkshire in the future.”