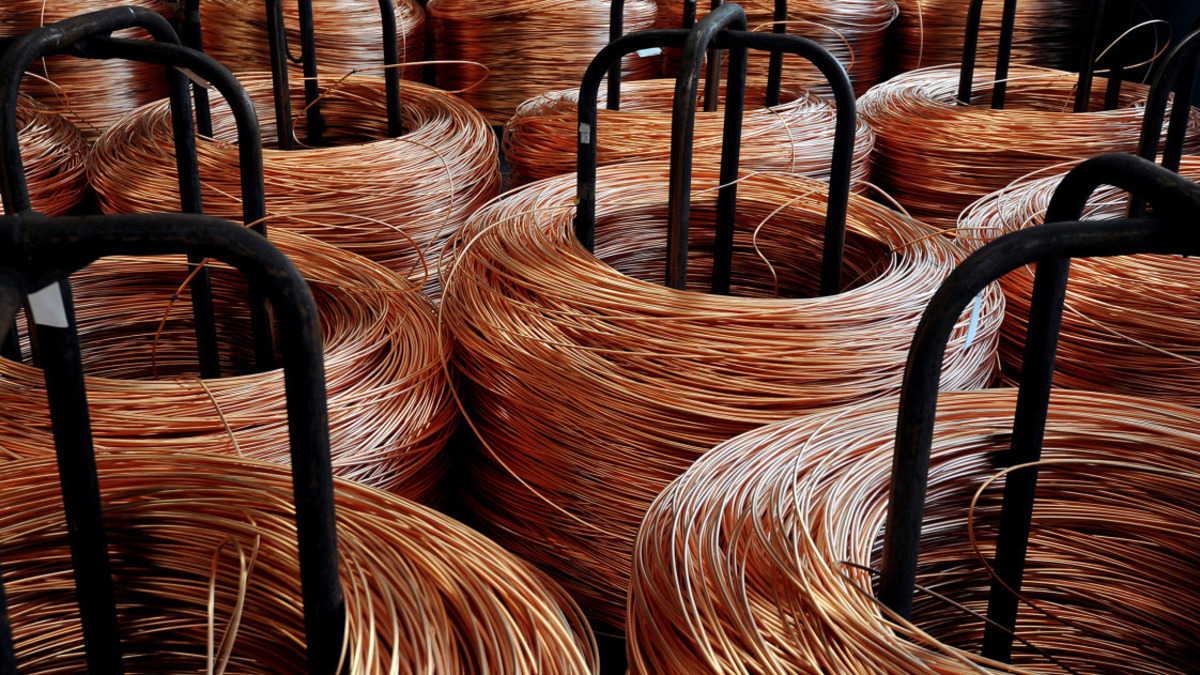 Hedge funds are betting that the worst is yet to come for copper.

Hedge funds are betting that the worst is yet to come for copper.

Prices for the metal used in everything from homes to cars to appliances are stuck in the worst slump in more than two years. Stockpiles jumped 11 percent in Shanghai last week. With China’s economy showing little signs of recovery, money managers are increasing wagers that copper will fall further, pushing their net-short position to the most bearish since April 2013, U.S. government data show.

China accounts for about 40 percent of global demand, and consumption is slowing at the same time that supplies are becoming more plentiful. Morgan Stanley predicts that while mine production was stagnant in 2014, output will rise almost 5 percent this year and keep growing through 2018.

“Copper is very oversupplied,” said Dan Heckman, national investment consultant at U.S. Bank Wealth Management, which oversees about $127 billion in Kansas City, Missouri. “Until you get more balanced supply and demand, I think copper continues to have a very challenging time.”

Speculators held a net-short position in copper of 33,547 futures and options contracts as of Aug. 4, according to Commodity Futures Trading Commission data released three days later. That compares with 25,746 a week earlier.

The money managers’ outlook for copper could be a bad omen for commodity bulls, because the metal has historically been used as an indicator for what’s to come in raw materials and as a gauge of global expansion. The Bloomberg Commodity Index dropped 1.4 percent last week, a fifth straight loss and the longest slide since January. Eighteen of the 22 products tracked by the gauge are stuck in bear markets.

Disruptions at mines could help stem the plunge for copper.

In Chile, the world’s largest source of the metal, protests by employees of companies hired by Codelco stretched into a third week. Workers who stormed the miner’s Salvador operation on July 22 took over its Hales mine last week. The state-owned company estimated damages at $15 million.

Freeport-McMoRan Inc., the biggest publicly traded producer, said July 28 it will review its mine plans and may cut output of copper and molybdenum to preserve supplies for when market conditions improve.

“The base-metals producers perhaps have done a lot more than the energy sector in terms of cutting capex to get ahead of the game,” said Frances Hudson, Edinburgh-based global thematic strategist at Standard Life Investments, which oversees $383 billion. “In the copper market, we’ve seen some supply disruptions, which perhaps give an inkling that there’s light at the end of the tunnel.”

Ample inventories can help to cushion supplies even amid mine stoppages. Stockpiles tracked by the London Metal Exchange rose for a sixth week to 352,325 metric tons, the highest since January 2014. In warehouses monitored by the Shanghai Futures Exchange, inventories climbed 11 percent to 114,000 tons last week, the biggest gain since Feb. 26.

Production is rising after prices more than quadrupled from 2000 through the end of 2012, as miners struggled to keep up with China’s booming economy. Futures in New York are heading for a third straight annual loss, with increased output coming to market amid slowing consumption from Asia.

There are more signs of abundant supplies. The costs to treat and refine ore concentrate in China climbed about 5 percent in July from a month earlier, the first gain in 10 months, Bloomberg Intelligence estimates. The fees usually rise when production outstrips demand.

“The pattern of lower prices is likely to continue until we see some signs of stability in the Chinese economy and see some signs of a bottoming,” said Alan Gayle, senior strategist for Atlanta-based Ridgeworth Investments, which has about $42.5 billion in assets. “The bears have a stranglehold on the market.”